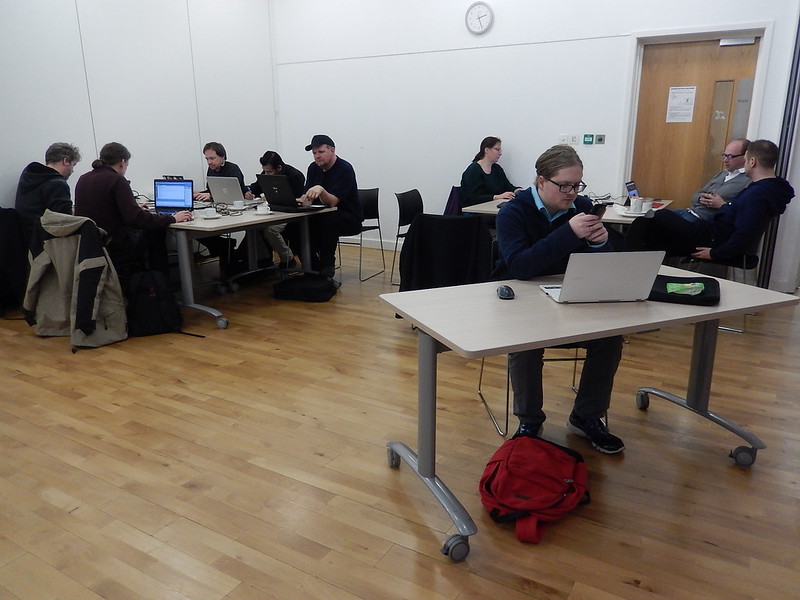 Wuthering Hacks took place at City Library on 9th April 2016 as part of the Commons are Forever series of events.

City Library set up a wi-fi box to serve the data: 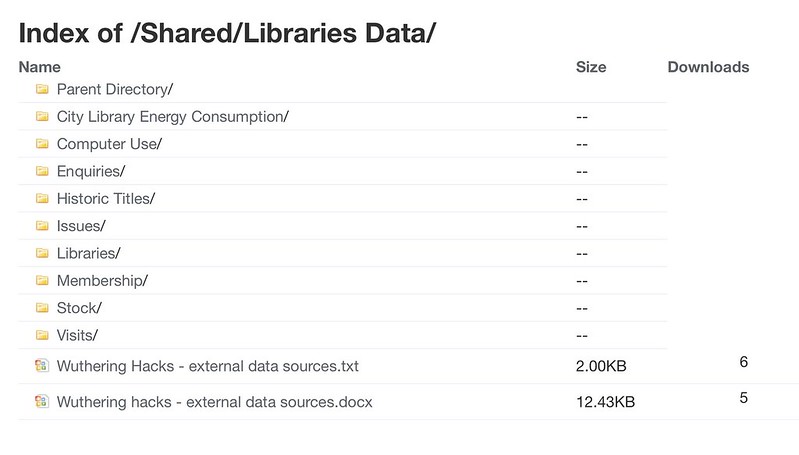 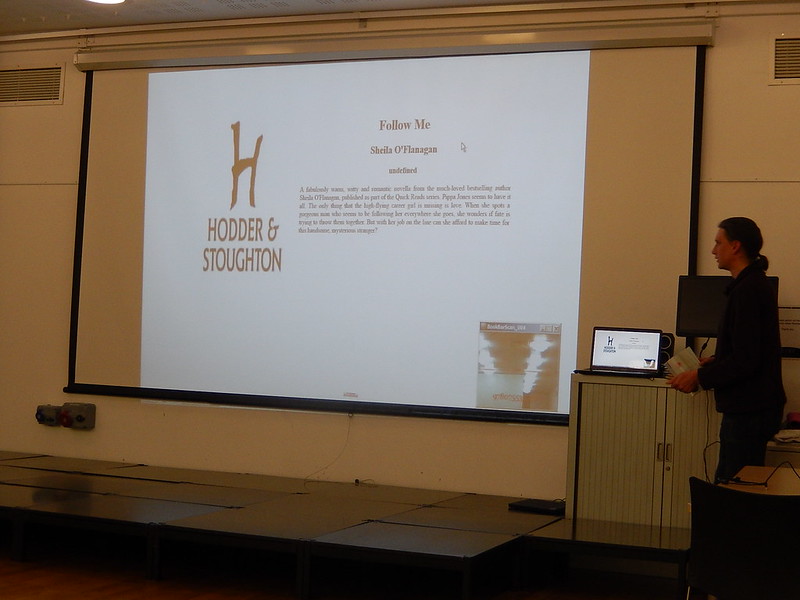 Alistair McDonald used image recognition and a web speech API so that when you scan the barcode of a book with your device’s camera it reads the summary out loud. 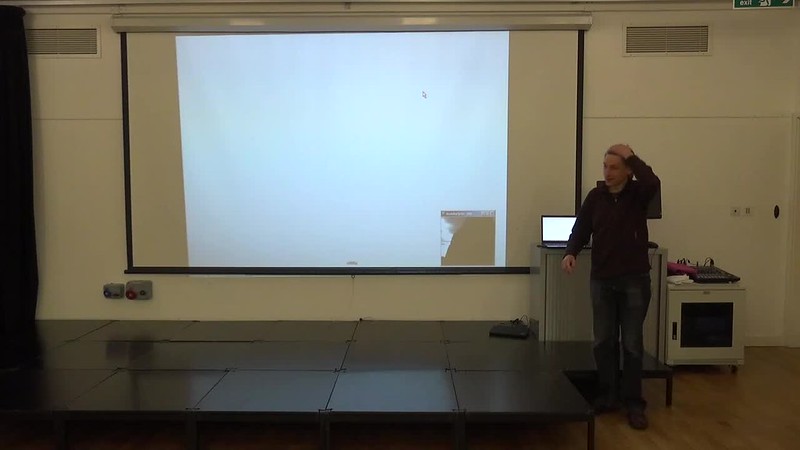 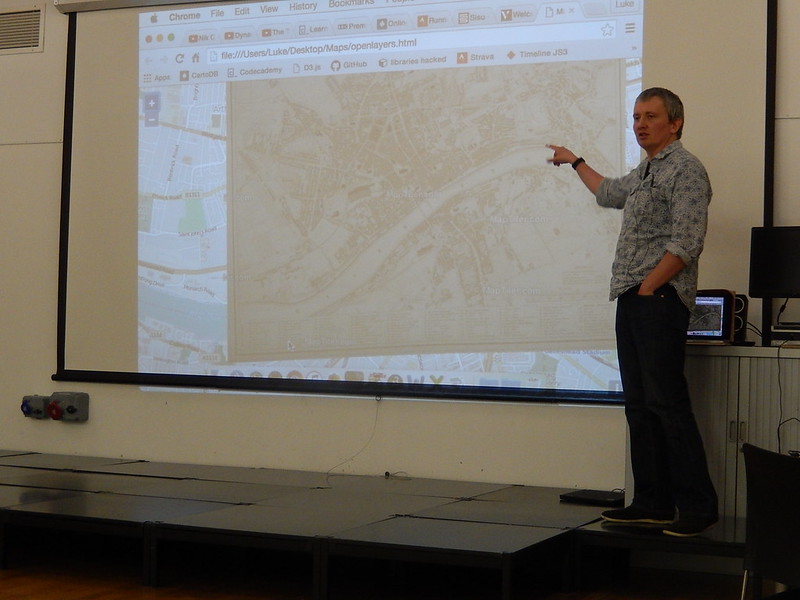 Luke Burton used Maptiler and superimposed an historic map of the City onto a current one. 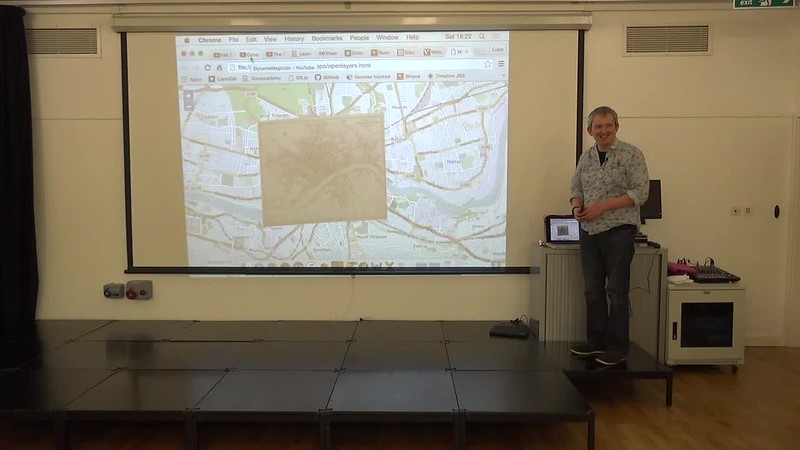 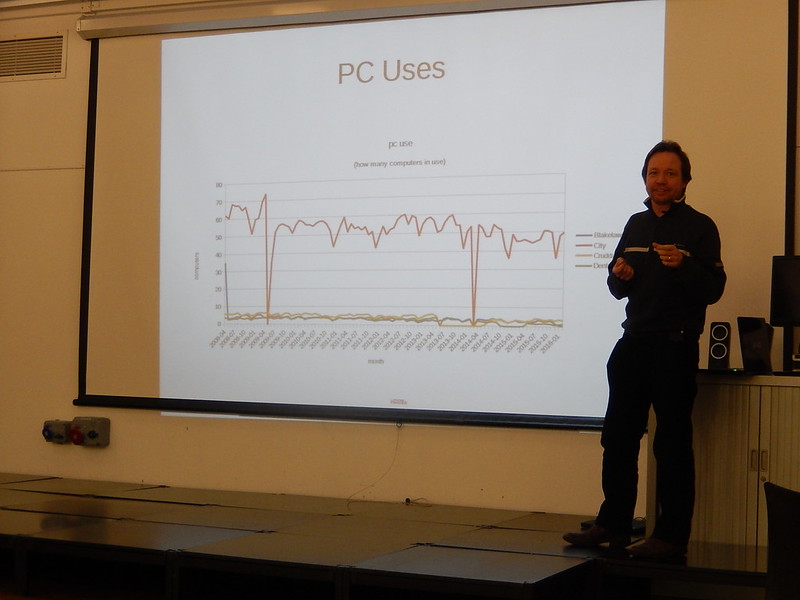 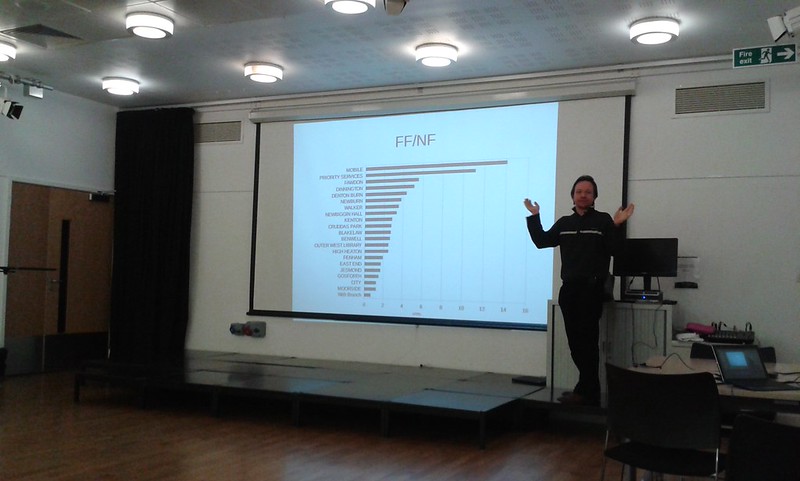 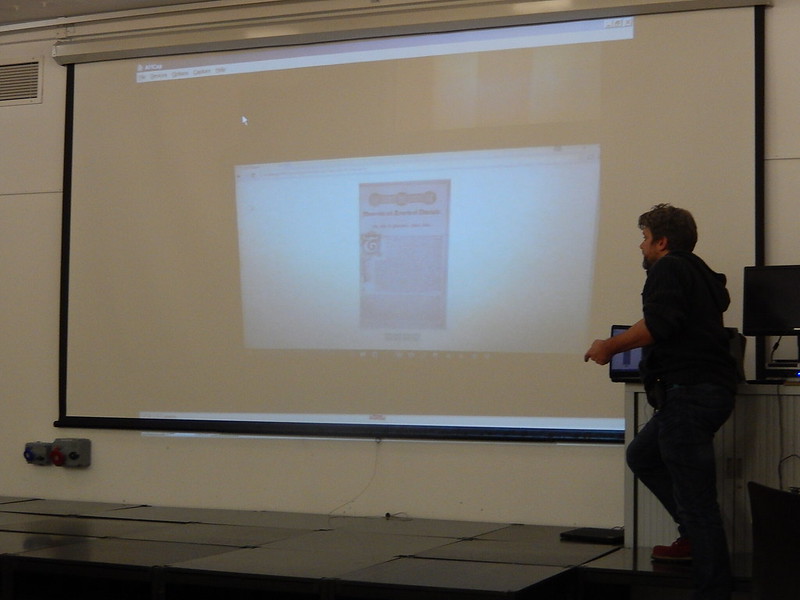 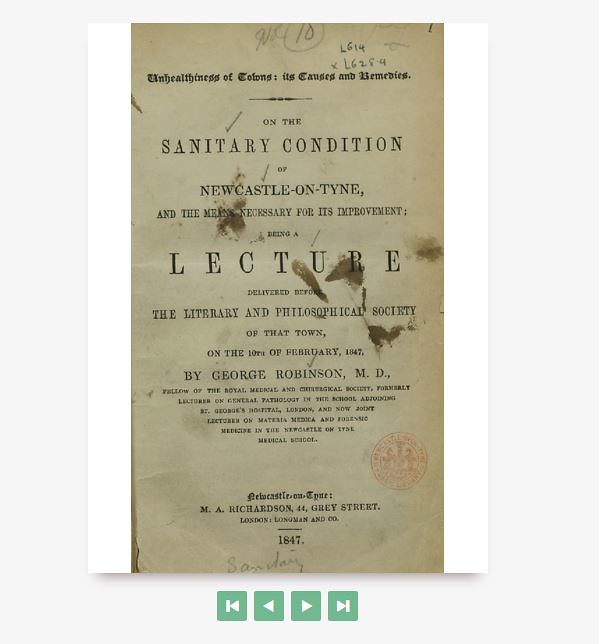 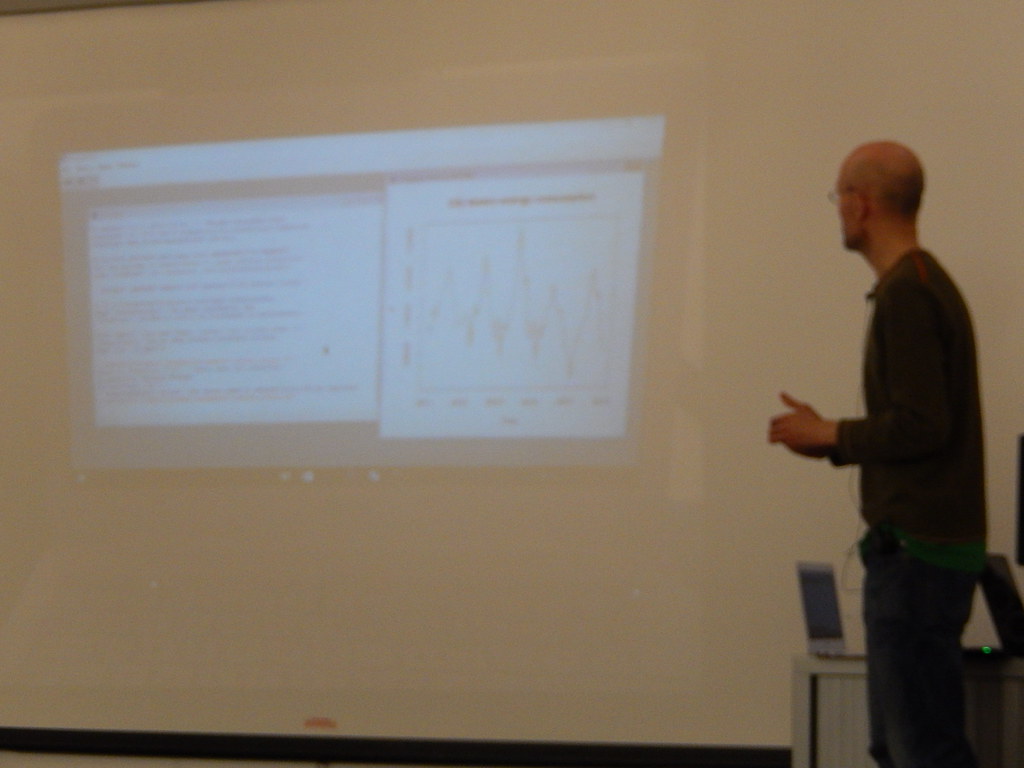 Graham Smith looked at energy consumption (electricity, gas and water) for the City Library building from 2011 to 2015. He also used several projection methods to predict future energy use. 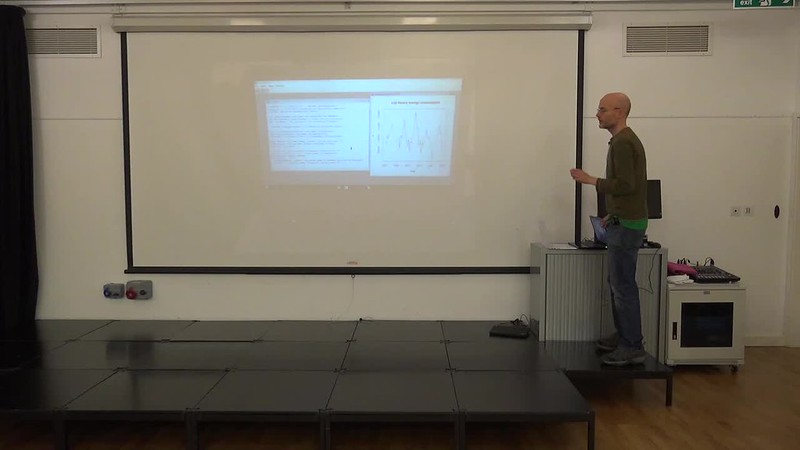 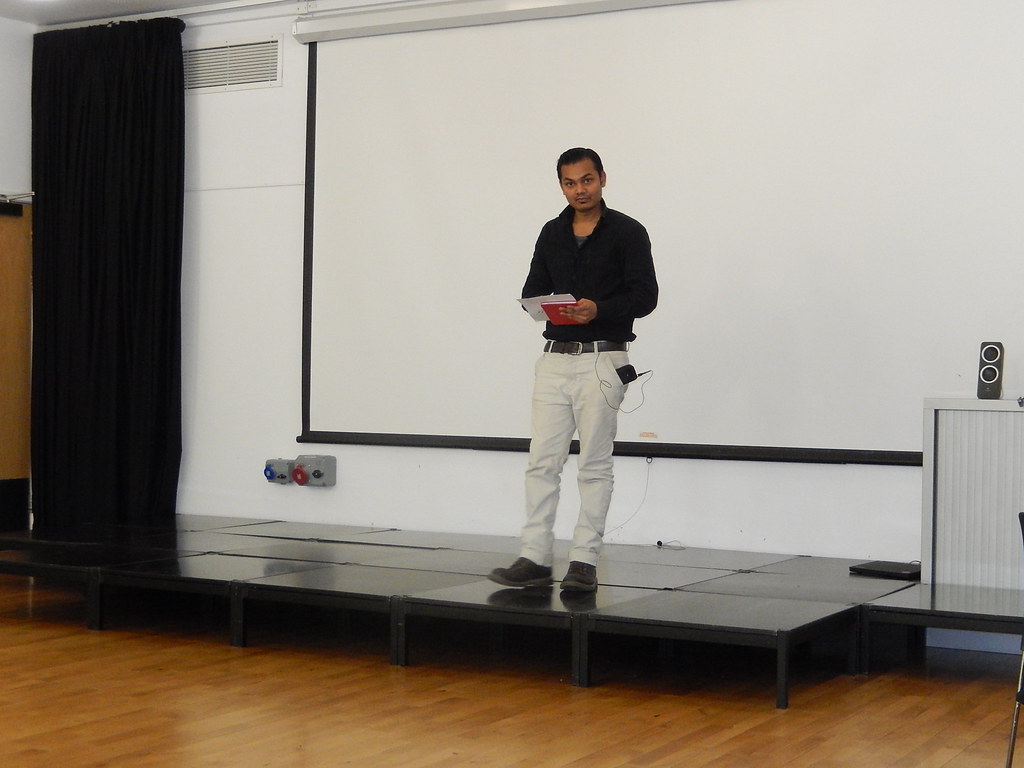 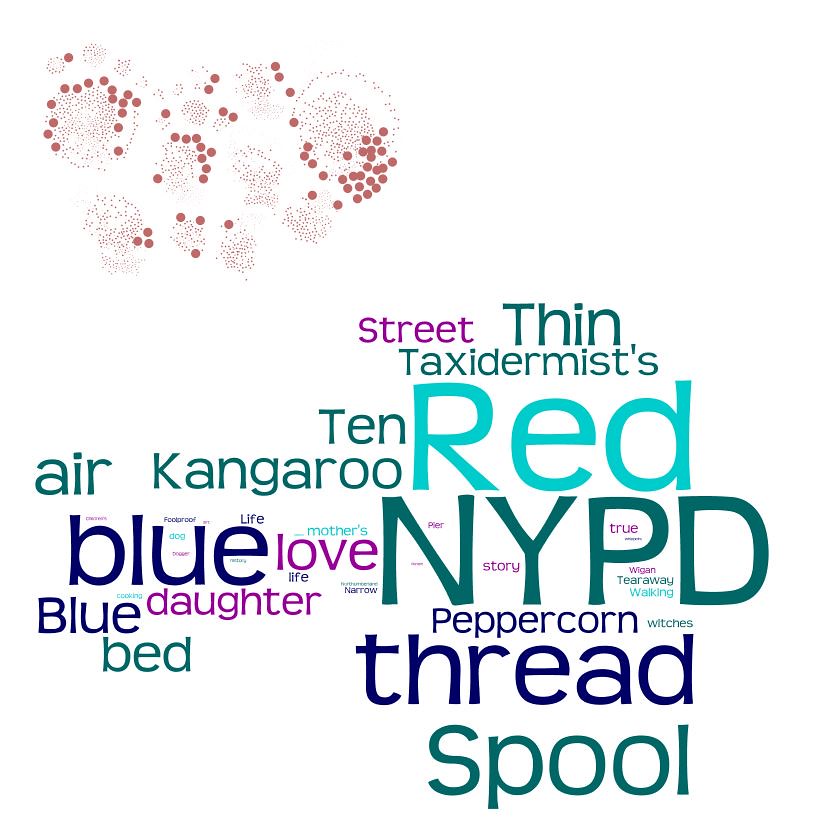 The participant used Raw to do visualisations using the “top 5 most borrowed titles in Newcastle Libraries in March 2016” data. The idea was to see how data could be turned from a raw format into an aesthetically pleasing item. 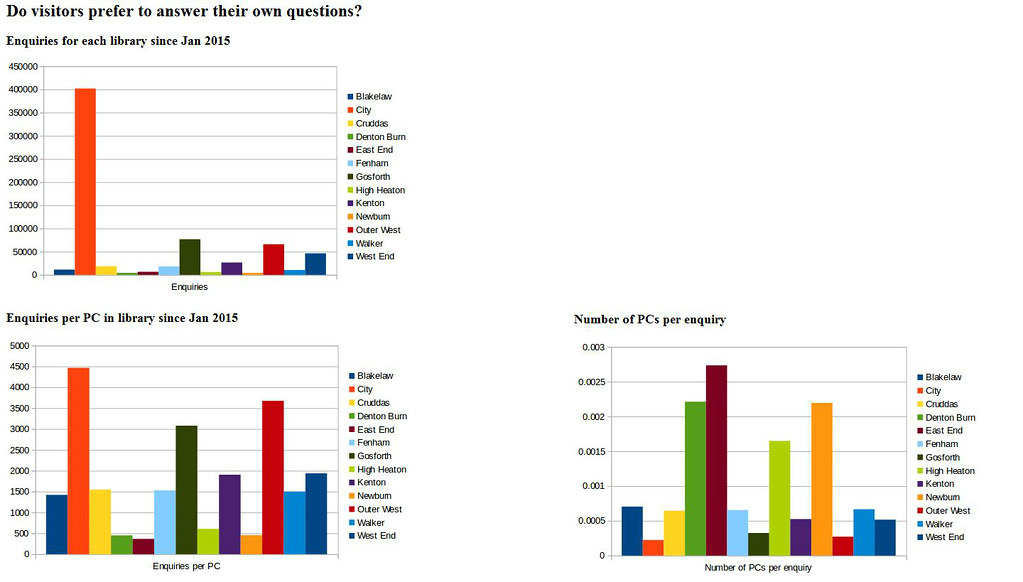 The participant used Libre Office to create the graphs and was interested to see if people would ‘self serve’ if there were lots of computers available. “I never got far enough to answer it though”. 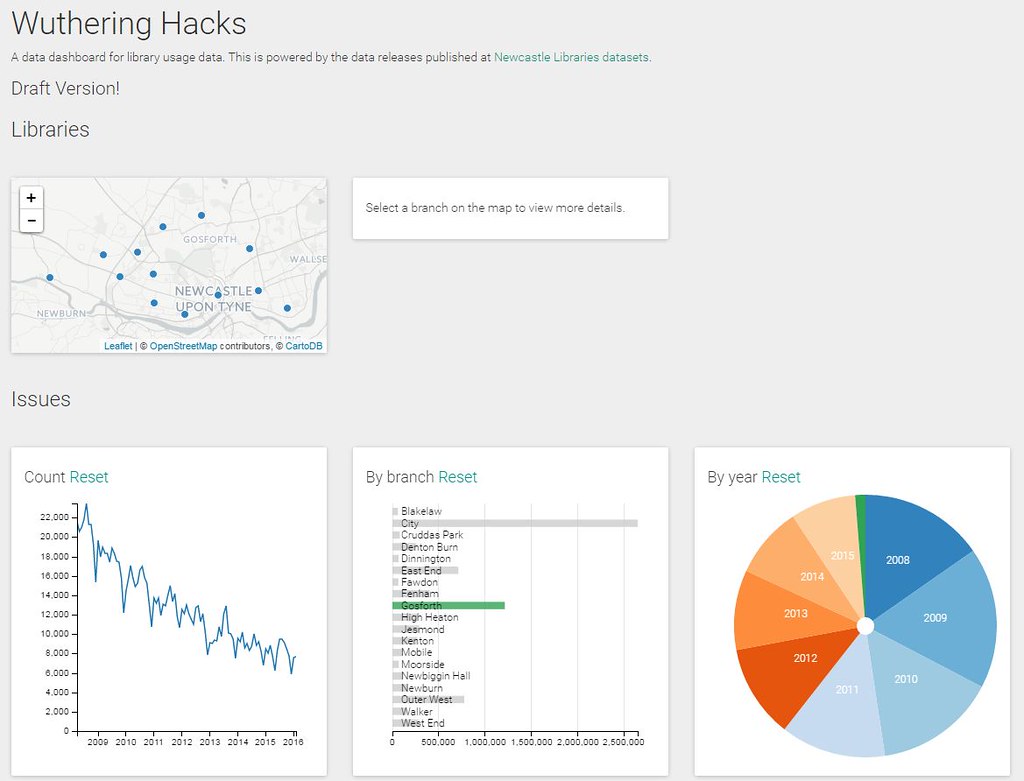 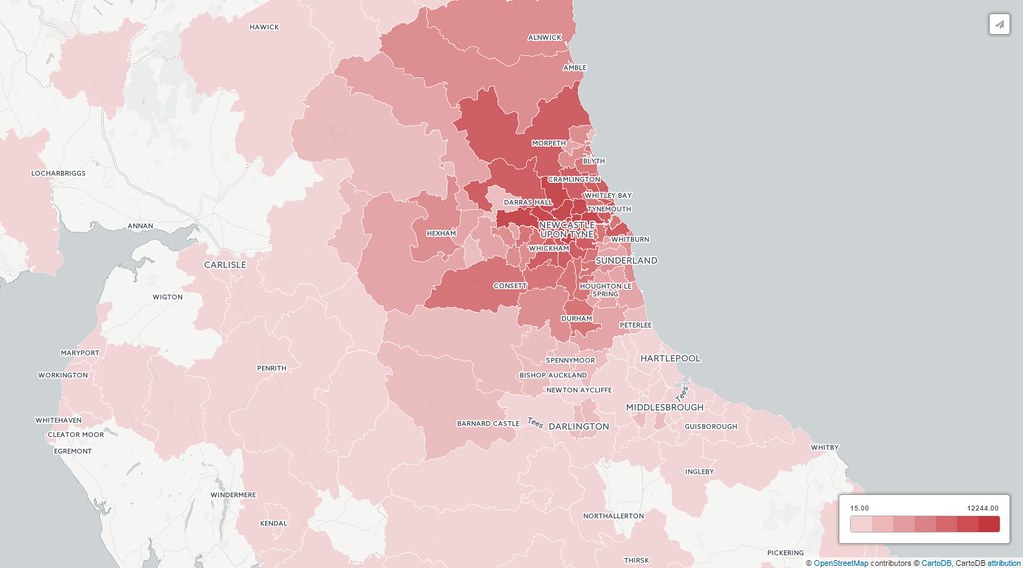 Dave Rowe used the data we released about our members to show on a map of the UK where Newcastle Libraries members live (for anonymisation purposes, only the first part of the postcode was released). View the full map here.

The City Library will host their next event on Saturday 13th August. Mark your diary!

Our next meeting will be on Wednesday July 6th meeting at Bunker Coffee in Newcastle.